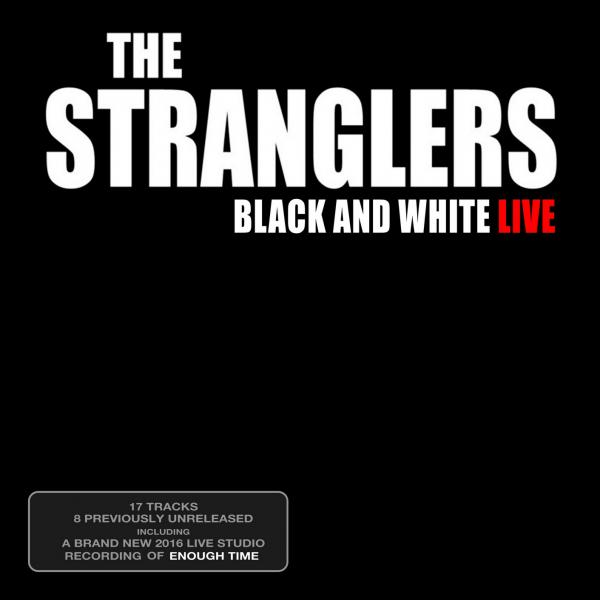 2016 is shaping up to be another busy and successful year for THE STRANGLERS. It all kicked off on 3rd March with the 18 date UK BLACK & WHITE TOUR, when the band play their pivotal third album in its entirety for the very first time.

To coincide, a brand new 17 track CD has been compiled from the band’s archive, pulling together the very best live recordings of each track from BLACK & WHITE plus assorted singles and B-sides from that era. All but one of the tracks were recorded in the last decade and so largely feature the Jet Black-JJ Burnel-Dave Greenfield-Baz Warne line-up.

BLACK & WHITE LIVE blasts off with the explosive show-closing recording of TANK, from Manchester in 2014, which features both Jet Black and Jim Macaulay on drums and is the first of the previously-unreleased tracks. Others include HEY! (RISE OF THE ROBOTS) and SHUT UP (both from London Roundhouse, 2012), TOILER ON THE SEA (Paris, 2014, only previously available on the Ruby Tour DVD), THREATENED (also Manchester, 2014) and WALK ON BY (unplugged in Bruges, 2007). DEATH AND NIGHT AND BLOOD (YUKIO) (London Shepherd’s Bush Empire, 2005) has only previously been released on CD in Japan, where it was a bonus track on the SUITE XVI album, although it was a 7” B-side in the UK. ENOUGH TIME was recorded live in the studio exclusively for this release during the band’s rehearsals for the BLACK AND WHITE LIVE Tour in January, 2016. OLD CODGER is the oldest and rarest track on the album. In 1993, when Jet was unable to play drums due to a back injury, he contributed to the tour with his inimitable vocal rendition each night; this take being from Norwich.

The bulk of the remaining tracks were recorded at The Stranglers’ Convention in London in 2011 and were only previously released on a very limited edition CD/DVD package in 2012.